The major holiday weekend in September is called “Silver Week.

During Silver Week, the heat eases and the weather is more comfortable, making it the perfect season for travel and leisure activities.

However, many Japanese people feel guilty about taking time off from work by themselves.

Even though paid leave exists as a right of workers, it is rare for people to exercise all of their rights.

Many Japanese give up taking time off work unless it is a holiday for all of them at the same time.

IIn order to improve such a workaholic nature of Japanese people, the Happy Monday system was introduced in 2000.

The “Happy Monday” system is a national system in which national holidays are combined with Saturdays and Sundays by setting them on Mondays in order to increase the number of days off to three or more consecutive holidays.

As a result, there are always three consecutive holidays, including Saturdays and Sundays.

In particular, September has two national holidays, “Respect for the Aged Day” and “Autumnal Equinox Day,” making it easier to take a large consecutive holiday by combining Saturday and Sunday.

Here are some popular spots to visit during this Silver Week.

Hokkaido is a classic Japanese autumn destination.
In Hokkaido, the autumn foliage season begins in September. Among them, Asahidake (Mt. Asahidake) in Daisetsuzan (Mt. Daisetsu) is famous as the earliest spot for autumn foliage in Japan. And Hokkaido’s hot springs and gourmet food are also attractive.

Autumn is also a time of festivals and events throughout Japan.

The “Kishiwada Danjiri Festival” in Kishiwada City, Osaka, is a famous autumn festival with a history and tradition of over 300 years. It is a powerful festival in which exquisitely carved “danjiri” (portable shrines) are driven at full speed and changed direction with speed.

Osaka Prefecture! Best Attractions and Things to do

The hole-in-the-wall is Okinawa. Compared to the summer vacation season in July and August, the crowds are slightly smaller and you can enjoy marine activities to the fullest without worrying about being seen.

If you have a chance to visit Japan in autumn, please refer to this page.

Autumnal Equinox Day
A national holiday to “honor our ancestors and remember those who have passed away.
Usually falls on either September 22 or 23. It is also the day when the length of day and night are almost equal.

Have you ever heard of a drink called “HOPPY”?

How to virtually watch the baseball tournament to determine the number one high school student in Japan. “Your Name.”! 7 Recommended model places of this love story!

Autumn Wear in Japan! What should you wear during the autumn in Japan? 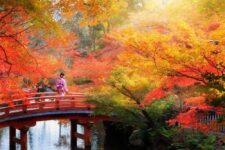 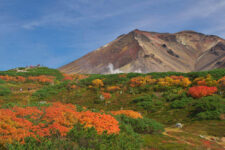 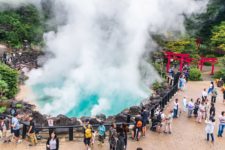