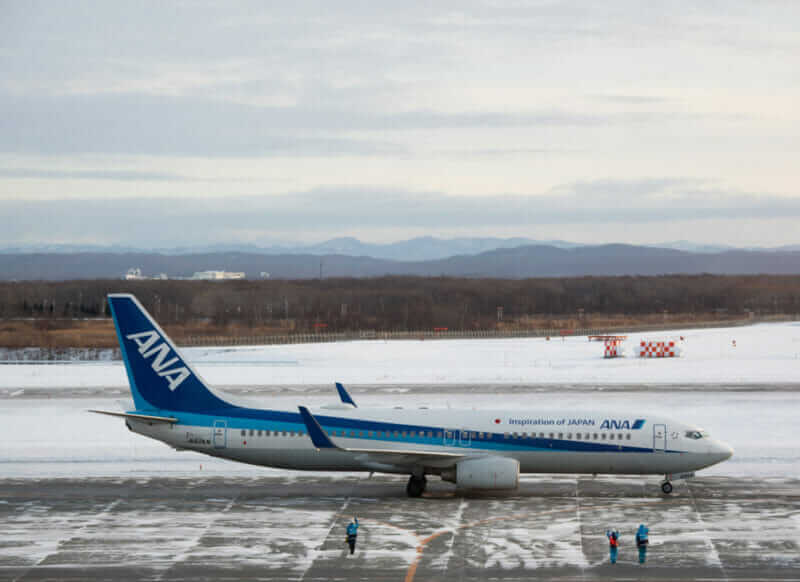 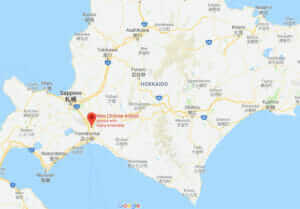 Click to display Google Maps on a separate page

For details about Hokkaido travel please click on the following article. 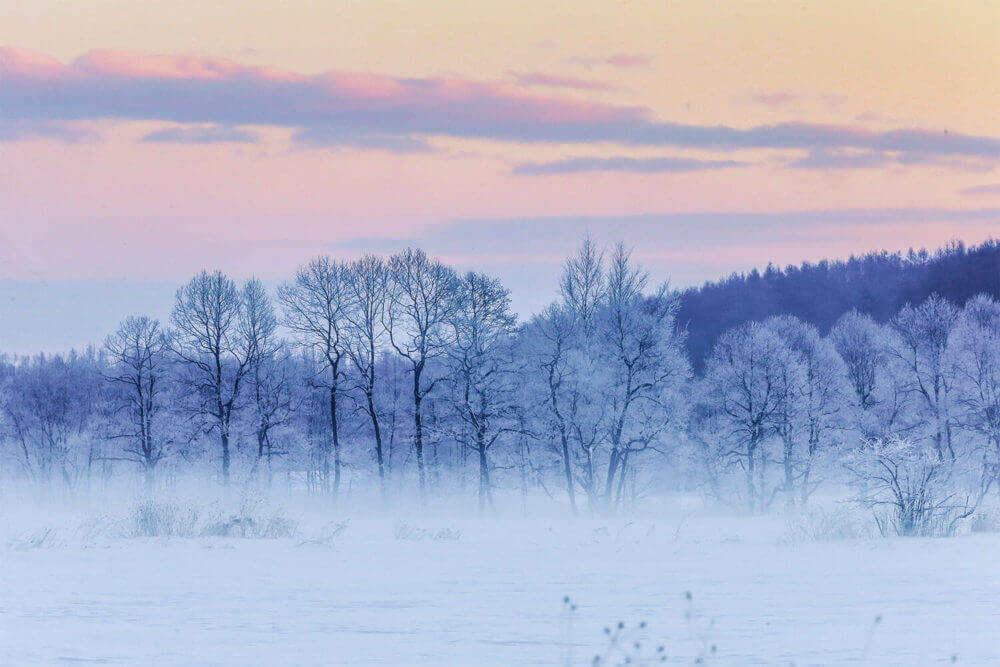 Panorama of New Chitose Airport, the largest airport in Hokkaid

If you click on this image, a page about the floor map of New Chitose Airport (official website) will be displayed on a separate page

If you use the train from JR New Chitose Airport Station, please go to the underground floor of the domestic terminal building.

If you want to eat Hokkaido ramen, sushi, etc., you may go to the third floor of the domestic terminal building. 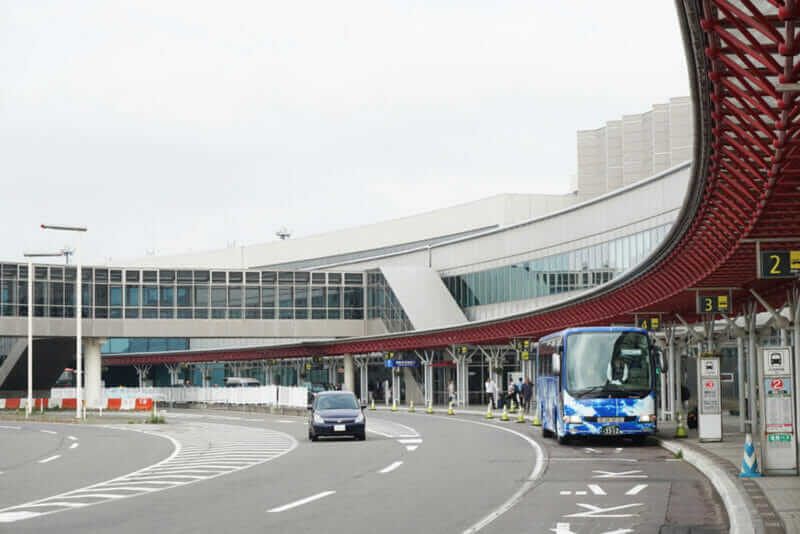 When you arrive at New Chitose Airport, you may go to bus counters on the first floor of each terminal building. You should check the buses there and buy a ticket. And let’s go to the bus stop. 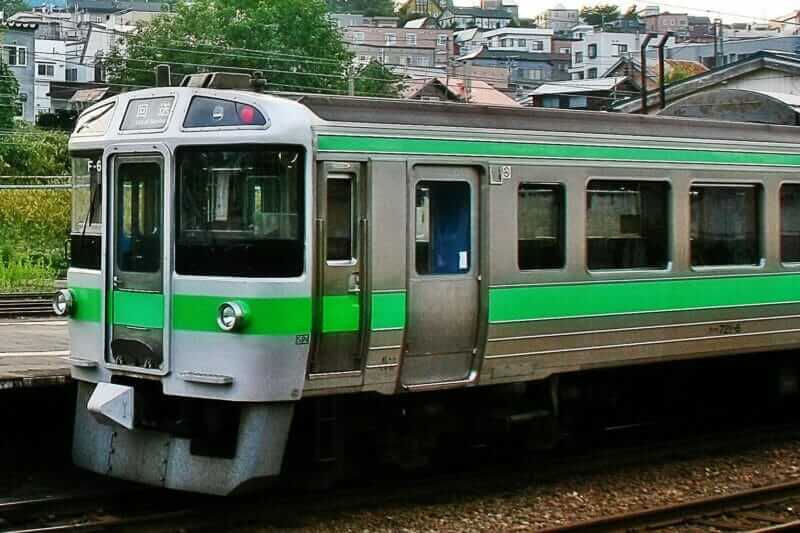 There is a station of JR Hokkaido at New Chitose Airport. This station is on the basement floor of the domestic terminal building. Since the station is in the terminal building, you do not have to worry about getting wet with snow or rain on the way. By using this station, you can move very efficiently to Sapporo station and Otaru station. If you want to go to Asahikawa or Furano by JR, please go from this station to Sapporo station and transfer to the train. 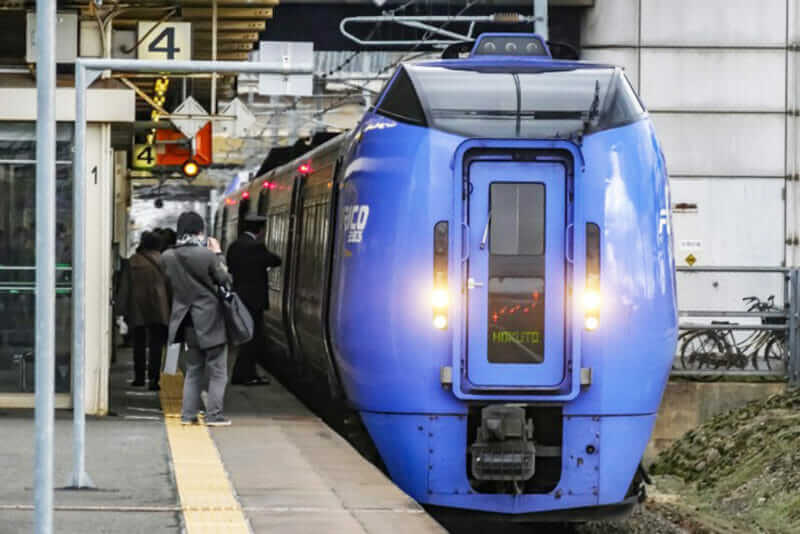 By Rent a Car

The counters of the car rental companies are lined up on the 1st floor of the New Chitose Airport domestic terminal building. There are more than 10 rent-a-car companies available to you at this airport.

However, you can not borrow a car at these counters at once. At New Chitose Airport, parking a car in front of a terminal building is forbidden. So, no matter which car rental company you use, you have to go to the branch of the rental car company by a free bus. The time from the airport to the brunch depends on the car rental company, but it is generally 10-15 minutes by bus. Even when you return the car, you have to return with those branches, not at the airport.

To Sapporo station, it is approximately 37 minutes by JR Rapid “Airport” from New Chitose Airport. The price is 1,070 yen for one adult.

Meanwhile, it is about 1 hour by bus. The price is 1,030 yen for one adult. In the case of buses, the time required may be even longer. 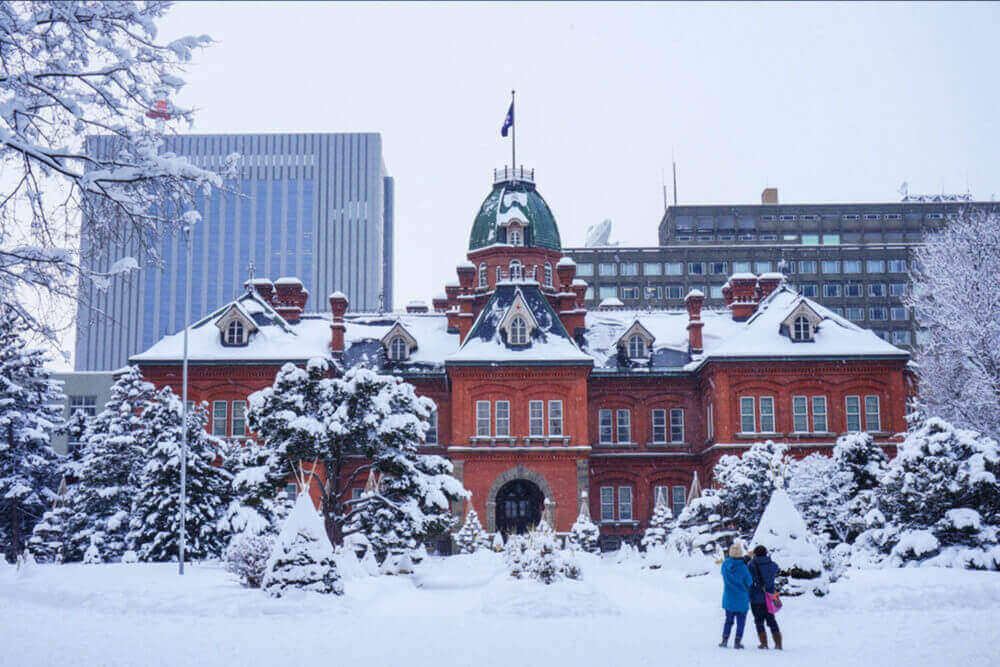 2022.05.28
Sapporo! Best Things to do in winter, spring, summer, autumn
On this page, I will introduce recommended tourist spots and what to d...

You can book a bus at the following sites.

If you stay at Hilton Hotel in Niseko Village, it is convenient to use the following reservation system bus.

I can not recommend using trains from New Chitose Airport to Niseko so much. If you go by train, you will first go to Otaru station by JR Express “Airport”. The journey time is about 1 hour 15 minutes. Next, it takes about 1 hour 30 minutes by regular train from Otaru station to Niseko station. However, the number of trains is small. From Niseko station you also have to take a bus or a taxi to your hotel.

For Niseko, please refer to the following article. 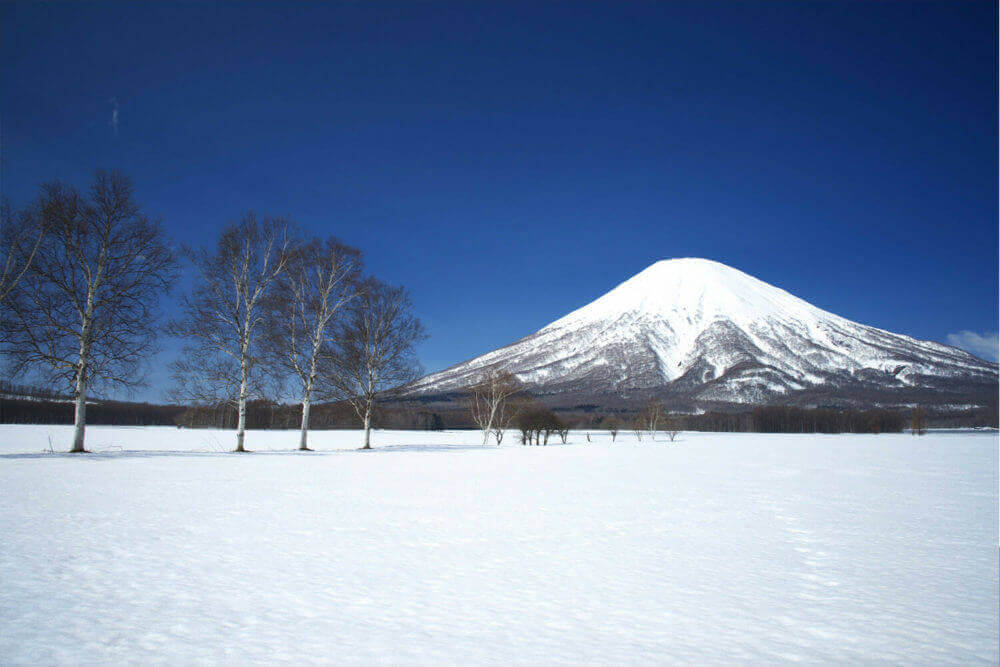 2022.05.28
Niseko! Best Things to do in winter, spring, summer, autumn
Niseko is the representative resort of Japan. It is known worldwide, e...

If you go from New Chitose Airport to Furano, please go to Sapporo station by JR train or bus first. The journey time is 37 minutes. Next, please go by express to Takigawa Station. The journey takes approximately 50 minutes. From Takigawa station to Furano station, it takes about 70 minutes by Nemuro main line normal train.

In the summer season, the express train “Furano Lavender Express” which is direct from Sapporo Station to Furano Station may be operated.

From Sapporo to Furano, you can also go by bus. By direct bus “Furano” from the bus terminal in front of Sapporo station, it is approximately 2 hours and 50 minutes to Furano station. However, because this bus does not pass Biei, you can not expect much beautiful scenery.

If you go by car from New Chitose Airport to Furano, the journey time will be 2 hours to 2 hours 30 minutes. Please use the expressway from Chitose East IC to Shimukappu IC, then run national road 237. The total distance is about 125 km. 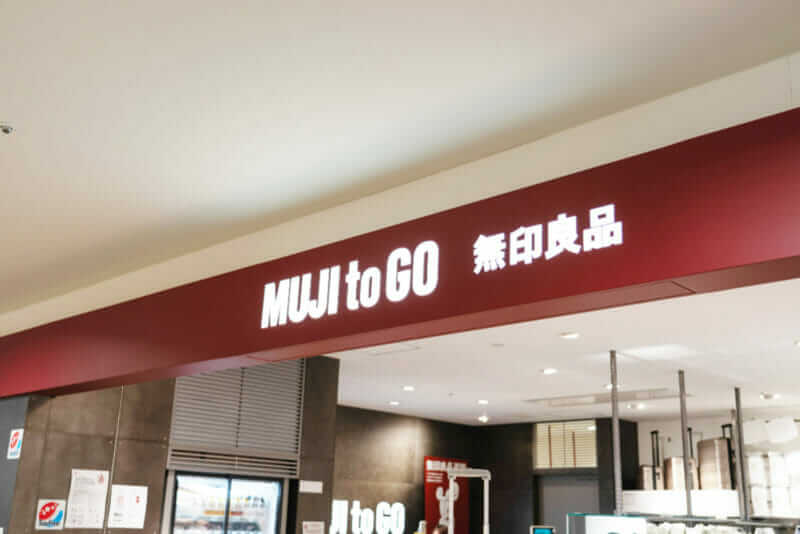 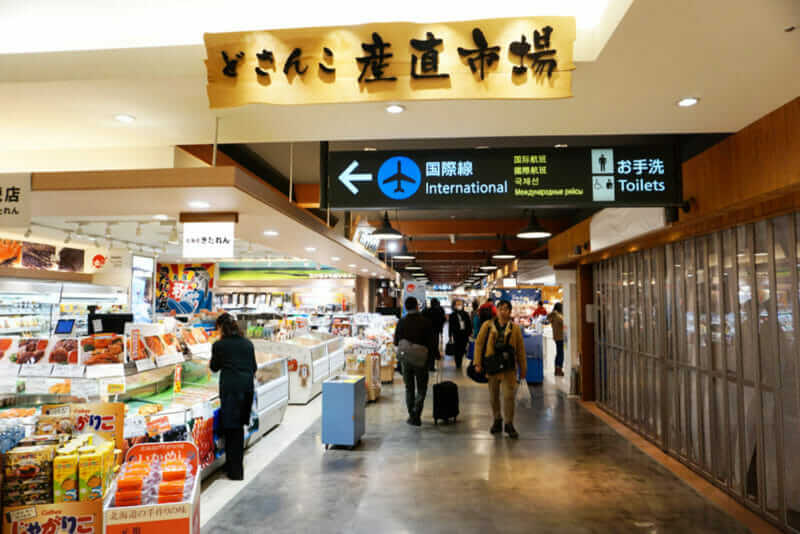 If you want to buy clothes that you can wear during Hokkaido travel, you may want to go to the domestic terminal building second floor. There are stores of UNIQLO and MUJI. These clothing and grocery stores are open from 8 am to 8 pm.

If you want to buy clothes that you can wear during Hokkaido travel, you may want to go to the domestic terminal building second floor. There are stores of UNIQLO and MUJI. These clothing and grocery stores are open from 8 am to 8 pm.

There are also many shops of souvenirs in Hokkaido on the second floor of the domestic terminal building. When you return from Hokkaido, please enjoy shopping last on this floor by all means.

If you want to eat something delicious, try walking on the 3rd floor floor. There are restaurants such as ramen, soup curry, the Genghis Khan dish and so on. Of course, there are also shops of delicious sweets. 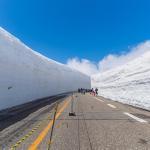 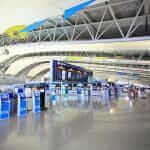 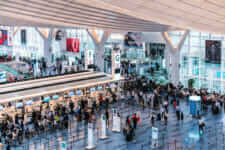 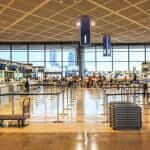 Photos: The Four Seasons in Furano 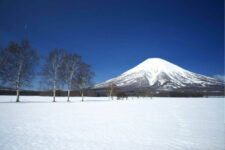 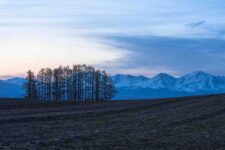