Nagasaki Prefecture is located in northwestern Kyushu and is approximately 1 hour and 20 minutes by Shinkansen bullet train from JR Hakata Station in Fukuoka Prefecture. Nagasaki City, the prefectural capital, has developed through trade with the West since the 17th century. Even during the Edo period (17th-19th century), when the country was closed off from the rest of the world, trade with the Netherlands was permitted only in Nagasaki by the Tokugawa Shogunate. A trip to Nagasaki City will give you a sense of exoticism that is different from other Japanese cities. At the same time, Nagasaki, along with Hiroshima, was the city where the atomic bomb was dropped. In Nagasaki City, there are various facilities to pray for peace. In addition to this, a trip to the beautiful islands facing the Sea of Japan is also recommended in Nagasaki Prefecture. For family trips, the theme park Huis Ten Bosch is also popular. 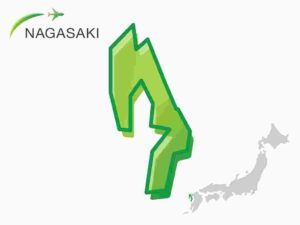 Nagasaki Prefecture is located in the northwestern part of Kyushu, relatively close to Fukuoka Prefecture, and its major cities are Nagasaki and Sasebo, which have become more easily accessible with the opening of the Western Kyushu Shinkansen in September 2022, attracting the attention of tourists.

Nagasaki Prefecture has about 1,000 islands, including Tsushima, Iki, and the Goto Islands. Tours to the Amakusa Islands to visit the cultural heritage of the Hidden Christians, introduced below, have become popular in recent years.

Nagasaki Prefecture has a unique and delicious food due to its long history of contact with Western culture. Castella, introduced from the Netherlands, has become a Nagasaki specialty. The rice noodle dish called “chanpon” is also highly recommended.

The fastest way to get from JR Hakata Station in Fukuoka City, the largest city in Kyushu, to Nagasaki Station is 1 hour and 20 minutes on the Nishi-Kyushu Shinkansen Line. 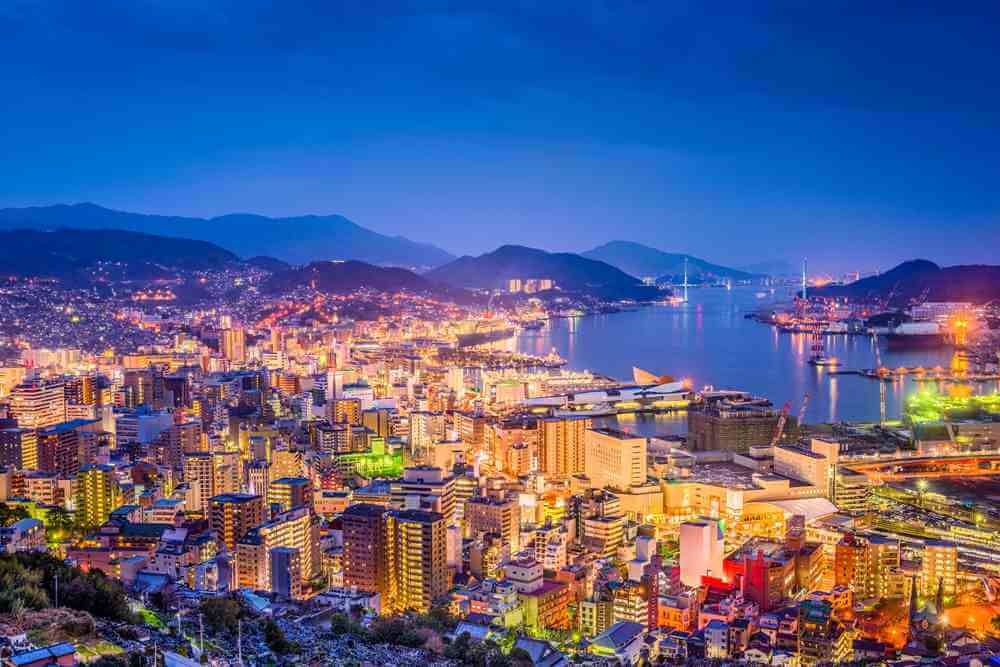 Nagasaki City is famous for its wonderful night view = Shutterstock

Nagasaki is a very popular city for tourists. Due to its early trading with the West, the city has many Western-style historic buildings. In addition, the Chinatown is large, and you can enjoy Chinese food, etc., and you can also observe various Chinese events. Nagasaki’s open-mindedness can also be seen in its food. The origin of the noodle dish called “Champon” is “to mix various things”. Nagasaki people are open to accepting different cultures, just like making delicious champon by mixing various ingredients.

Nagasaki also has an aspect of being an atomic bombed city. The Nagasaki Atomic Bomb Museum tells the story of the atomic bombing of August 11, 1945. This museum, along with the Hiroshima Peace Memorial Museum in Hiroshima, appeals to visitors to the importance of peace.

Nagasaki is also a town with many slopes. The slopes create beautiful scenery. As a result, the night view seen from the hill in Nagasaki city is very beautiful, and it is rated as one of the three best night views in Japan along with Kobe and Hakodate. However, it may be physically demanding to visit tourist spots on slopes. If you are not very confident in your stamina, it might be a good idea to arrange a schedule in which you take a taxi to the top of the hill and then go down the hill from there.

2020.06.04
Photos: Nagasaki City -Famous for its wonderful night view!
Nagasaki is a peaceful city where the religions and cultures of variou... 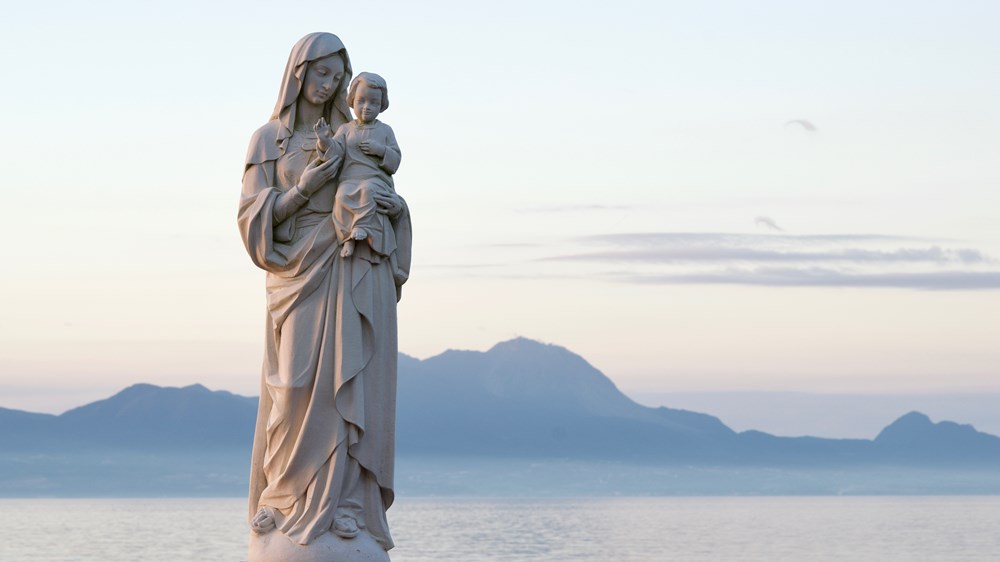 2020.06.08
Photos: Hidden Christian Sites in the Nagasaki Region
On this page, I will introduce the real story of the Nagasaki region i... 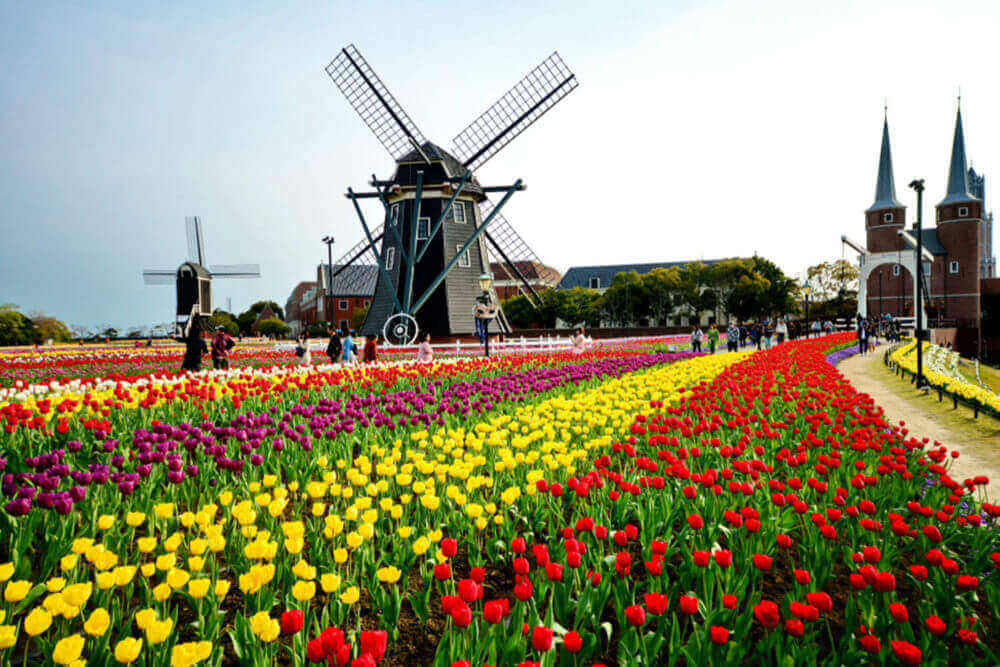 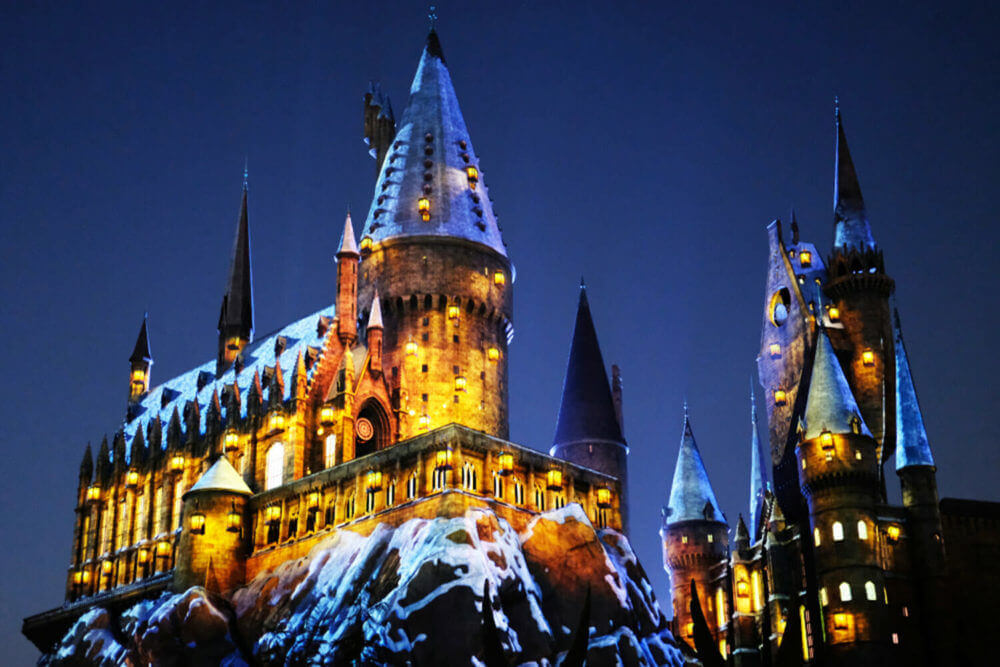 2018.05.28
5 Best Amusement Parks and Theme Parks in Japan! Tokyo Disney Resort, USj, Fuji-Q Highland…
In Japan there are some of the world's top theme parks and amusement p... 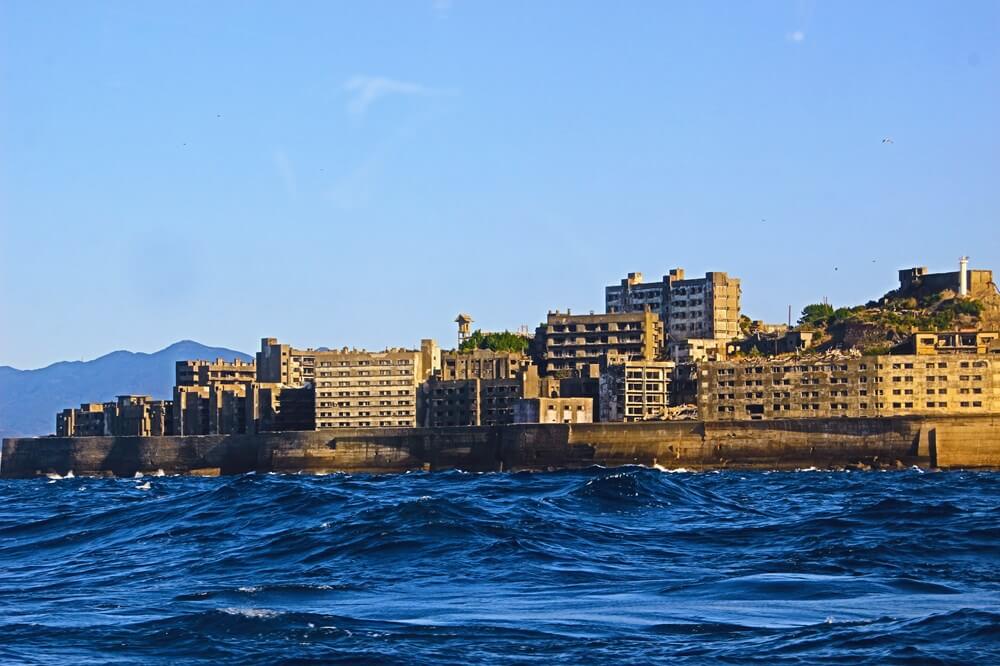 Gunkanjima (meaning warship island in Japanese) is an uninhabited island about 5 km off the Nagasaki Peninsula. It is called this name because the scenery of the island from afar resembles a warship. Coal mining has been actively carried out on this island since the 19th century, and has contributed greatly to the development of Japanese industry. Currently, it is registered as a World Cultural Heritage site, and tours are held from Nagasaki city by ship.

Gunkanjima used to be a small island, but it was gradually reclaimed and expanded to about 480m north-south and about 160m east-west. Japan’s first reinforced concrete high-rise housing complex was built to accommodate many coal miners on a small island. As a result, it looked like a warship. Around 1960, the peak of coal mining, the population reached 5,000 and the population density reached 83,600/km2. But then, with the advent of the oil age, coal mining went out of business. The mine was closed in 1974 and eventually became an uninhabited island. However, since the 2000s, it has been attracting attention again as a heritage of modernization, and tours began in 2009. When you go to Gunkanjima, you can feel the atmosphere of that time from the ruined buildings.

2020.06.02
Photos: Gunkanjima Island in Nagasaki Prefecture
This is not a warship. This is a small island "Gunkanjima" located in ...

Back to "Best of Kyushu Region" 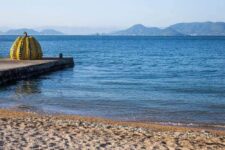 Kagawa Prefecture! Best Attractions and Things to do 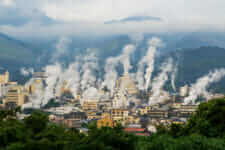 Oita Prefecture: Best Attractions and Things to do 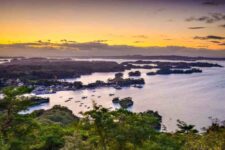 Miyagi Prefecture! Best Attractions and Things to do 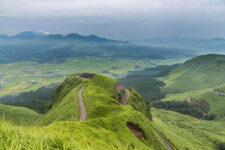 Kumamoto Prefecture: Best Attractions and Things to do 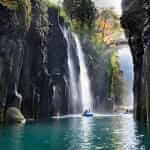 Miyazaki Prefecture: Best Attractions and Things to do 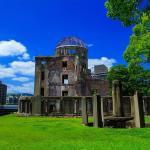 Hiroshima Prefecture! Best Attractions and Things to do 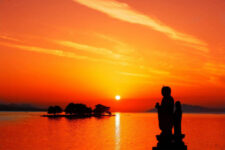 Shimane Prefecture : 7 Best Attractions and Things to do 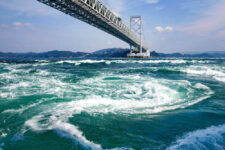 Tokushima Prefecture! Best Attractions and Things to do